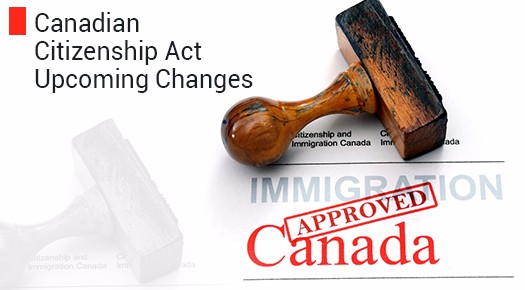 Most Recent Changes to Canada’s Rules for Citizenship Applicants

Within the last three years, we have seen a mass overhaul to the Citizenship Act of 1977. In 2017, some of those initial changes were reverted back to reflect the previous rules.  All of the back and forth can be confusing, so we are outlining the major points you should know if you are applying for Canadian citizenship.

A Quick Recap of Changes Over the Last Three Years

In 2014, the Strengthening Canadian Citizenship Act came into force and introduced the biggest changes to Canadian citizenship laws since the 1970s.  These changes meant stricter residence requirements, a new intent to reside in Canada requirement, new age requirements for applicants taking language skills and citizenship tests and broader discretion for the Minister of Immigration, Refugees and Citizenship to grant and revoke citizenship.

In June 2017, the Trudeau government passed Bill C-6, an Act to Amend the Citizenship Act. Some important changes from that Bill came into effect in June.
As a reminder, the biggest changes from June were:

• the reversal of the requirement that applicants intend to physically reside in Canada once they become citizens;

• the reversal of the requirement that applicants intend to physically reside in Canada once they become citizens;

• the reversal of certain provisions that only applied to dual citizens; and• new eligibility for minors to apply on their own without necessarily having a parent with Canadian citizenship.

The second wave of changes from Bill C-6 took effect on October 11, 2017. The most recent changes include:

• The time applicants are required to be physically present in Canada was reduced from 4 out of 6 to 3 out of 5 years;

• Any days spent in Canada before becoming a permanent resident (within 5 years of the date you make an application for citizenship) count as half days up to a maximum of one year (i.e. 365 days) toward the 3 out of 5-year physical presence requirement;

• The age range for language and knowledge testing has been reduced back to 18-54 years old (from 14-64 years). This means that only applicants between 18-54 will need to prove English or French language ability and take the citizenship test; and

• Applicants are only required to file income taxes in Canada for 3 out of 5 years before applying for citizenship.

What This Means for Current Permanent Residents

The two key takeaways for current permanent residents are that you no longer need to wait until you have accumulated four years of physical residency – you can apply as soon as you have hit three years. This opens up the application process a year earlier for many permanent residents.

Secondly, for those who were counting their physical residency from the date they became a permanent resident, you can now look back to the time you spent in Canada before being granted permanent resident status. You can now use that time spent in Canada before you were a permanent resident by counting any days as a half day, up to the one-year maximum. Don’t forget, you can only look back and use this time within the five year period before you make your application, to ensure that you understand the cutoff date and exactly what counts toward the physical residence requirement.

Stay tuned, there are further changes coming in later 2017 and 2018, including a new process for citizenship revocation by the Federal Court of Canada and new powers for citizenship officers to be able to seize documents that they suspect are fraudulent, or that they find to be fraudulent. The exact dates for these changes have not yet been announced.