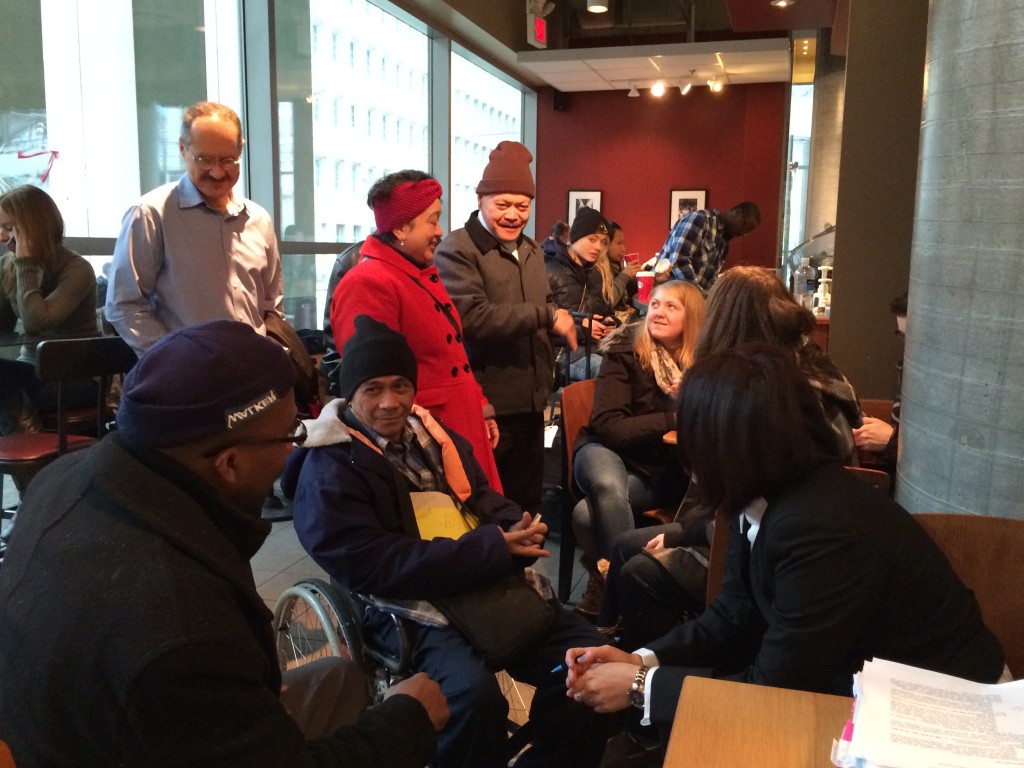 Meet Feladelfo Anquilero (or as his friends call him, Del), a 59-year-old citizen of the Philippines. Following an accident at work in 1992, Feladelfo was left paralyzed and confined to a wheelchair for the rest of his life. Feladelfo has been living in Canada since 2001 – however without any legal status.IMG_2096

I first met Feladelfo in 2011 and submitted a permanent residence application on humanitarian and compassionate grounds on his behalf. This is an application open to individuals in Canada without status who have demonstrated a high level of establishment in Canada as well as individuals who would suffer hardship if forced to return to their home country.

Feladelfo’s journey, is by far, one of the most compelling in our office and we are happy to share his story. Despite being a paraplegic and having advanced stages of heart disease, Feladelfo is completely independent in Canada – he drives a specially adapted vehicle, he performs complex repairs on electronic components of automobiles but most importantly he commits every day to assists individuals less fortunate than him by ignoring his own needs. Feladelfo refuses to be a financial burden on Canadian society and ensures to obtain, as much as possible, medication, health care, and social services through his volunteer work and a network of friends. Feladelfo has been contributing to the development of his local church and community in Canada for over a decade now. Feladelfo is a humble, intelligent, positive, compassionate and cheerful gentleman. Despite the endless challenges he has faced in Canada, Feladelfo continues to persevere and refuses to allow his handicap to hold him back. Not only has Feladelfo lived in Canada without any social assistance from the government, but in return, he has contributed to the social fabric of our country with the countless hours of assistance and care he has provided to Permanent Residents of Canada and Canadian citizens.

On November 17, 2014, our office represented Feladelfo at the Federal Court of Canada in Toronto in reviewing the decision to refuse his humanitarian and compassionate application. Members of his community, friends, ex-employers, his host family and many others poured in to sit by Feladelfo and support him during the hearing. Supporters were asked: “how do you know Feladelfo?” One answered: “I met him in a snowstorm several years ago when he I noticed him assisting a group of people with car issues – he was lying under the vehicle doing significant repairs.”

Feladelfo teaches us determination, strength, perseverance and compassion. Feladelfo not only sets an example for newcomers to Canada but is a true inspiration for Permanent Residents of Canada and Canadian citizens. His unfailing optimism despite his continued life challenges, his constant willingness to help others and his profound humility has truly touched our hearts.

Our office is proud to represent Feladelfo and we will continue to fight for him.

Don't hesitate to reach out to us  Learn about our legal approach, methodology and strategy